Hindu Asceticism and its Spiritual Disciplines with Daniela Bevilacqua

Home/Asceticism/Hindu Asceticism and its Spiritual Disciplines with Daniela Bevilacqua

Hindu Asceticism and its Spiritual Disciplines with Daniela Bevilacqua

Over three sessions Daniela explores Hindu asceticism, featuring the differences among the main ascetic groups and then focusing on their sādhanās or spiritual disciplines with close attention to the practice of austerities and the practice of yoga.

Over three sessions Daniela explores Hindu asceticism, featuring the differences among the main ascetic groups and then focusing on their sādhanās or spiritual disciplines with close attention to the practice of austerities and the practice of yoga.

Session 1: An introduction to Hindu asceticism providing a historical background of its origin and developments, highlighting differences among the main ascetic groups, especially the Śaivas and Vaiṣṇavas.

Session 2: A discussion about tapas (the inner spiritual fire) developed through tapasyās (austerities). We will explore how the notion of tapas developed over the centuries and how it adapted to changing religious and ascetic contexts.

Session 3: Yoga from the ascetic perspective, highlighting the main meditative practices of yoga as well as the role of yoga as a sādhanā over the centuries to present day. 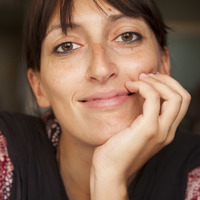 Daniela Bevilacqua is a South-Asianist specialising in Hindu asceticism, which she investigates through an ethnographic and historical lens. She received her PhD in Civilizations of Africa and Asia from Sapienza University of Rome and in Anthropology from the University of Paris Nanterre. Her PhD research was published by Routledge under the title Modern Hindu Traditionalism in Contemporary India: The Śrī Maṭh and the Jagadguru Rāmānandācārya in the Evolution of the Rāmānandī Sampradāya. She worked as a post-doc research fellow at SOAS, for the ERC-funded Haṭha Yoga Project (2015– 2020). She has published several articles and book chapters related to asceticism, and yoga studies. She is currently a Research Fellow at SOAS.