These three lectures are an introduction to one of the most important schools of philosophy in the ancient world, the followers of Plato (c.348-428 BCE) who are now called the Neoplatonists. Writing from roughly 100 to 500 CE, these philosophers offered interpretations of Plato’s ideas from varying perspectives but always focussing on the nature of the human soul, and its relationship with the cosmos and with the One, the supreme, divine ground of being which gives rise to all that is. Each lecture is devoted to a different personality and viewpoint – Plotinus’ contemplative approach, Iamblichus’ ritual approach, and the visionary mysticism of the legendary Hermes Trismegistus.

These three mystical ‘ways’ of attaining divine knowledge—which are ultimately one—are important because they provide the raw material as it were for the underlying philosophy of the Western esoteric traditions. These hidden and initiatory undercurrents to exoteric monotheism have given rise to the practices of alchemy, astrology, Kabbalah and natural magic which were developed in the Renaissance period where they enjoyed an ambivalent relationship with Christianity. The translation into Latin of many hitherto unavailable Greek sources instigated a flowering of culture, a renewal of religious experience and a new emphasis on working with the divinity within nature and cosmos in practical ways to achieve gnosis, or spiritual knowledge.

Key to neoplatonic philosophy is the power of symbolic vision, which was understood as the way of awakening the soul from its earthbound slumber to a recognition of its innate divinity.  These lectures will focus on the spiritual paths and practices of Plotinus, Iamblichus and Hermes which were intended to redeem both the soul of the world and the soul of the human being, and to ultimately lead to the full realisation of humanity’s innate divinity. Of course esotericism did not end there – movements such as Freemasonry and Rosicrucianism carried the ‘secret teachings’ into the Enlightenment period, and the occult revival of the late 19th and early 20th centuries relied heavily on Hermetic philosophy and ritual practice. The contemporary ‘new age’ movement is also in many ways an attempt to revive and reconnect with this underground stream of wisdom. The ideas and metaphors underlying neoplatonism are timeless, because they speak of a unified consciousness which seeks to attain knowledge of, and unite with, a greater Mind, a mysterious ‘other’ dimension which seems to burst through into human existence in so many different ways. They also suggest that the yearning of the heart will be more effective in this quest than the rational mind alone, and therefore offer an antidote to so much of our modern Western sense of alienation from what is truly real. Although our chosen examples are men, it is important to realise that there were many female neoplatonists whose voices we will never hear—Hypatia being one example. But whether expounded by men or women, there is a divine feminine, intuitive and imaginative dimension to this way of life which cuts across gender dominance and aspires towards a truly androgenous condition of being, a harmony of soul which is ultimately in service to its salvation. 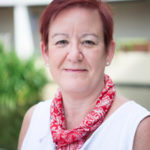 Angela Voss, PhD, SFHEA is Programme Director for the MA in Myth, Cosmology and the Sacred at Canterbury Christ Church University, UK. She has studied and taught Western esotericism for over twenty years, and is also a musician and an astrologer. Her interest began with the Renaissance philosopher Marsilio Ficino, who was deeply indebted to both Plato and Hermes in his desire to renew the spirit of the Christian religion (see Marsilio Ficino, 2006), and she completed a doctorate on his astrological music therapy in 1992.  She is now in the Education Faculty at Canterbury Christ Church, and is working within a transformative learning context, finding ways to bridge esoteric wisdom and reflexive scholarship. She has written extensively on Ficino, the symbolic imagination, music, astrology and divination, and she regards her vocation as a ‘walker between the worlds’, of spiritual experience and academic discourse.  Some of her publications can be found at https://canterbury.academia.edu/AngelaVoss  Her latest publication is Re-enchanting the Academy, co-edited with Simon Wilson.